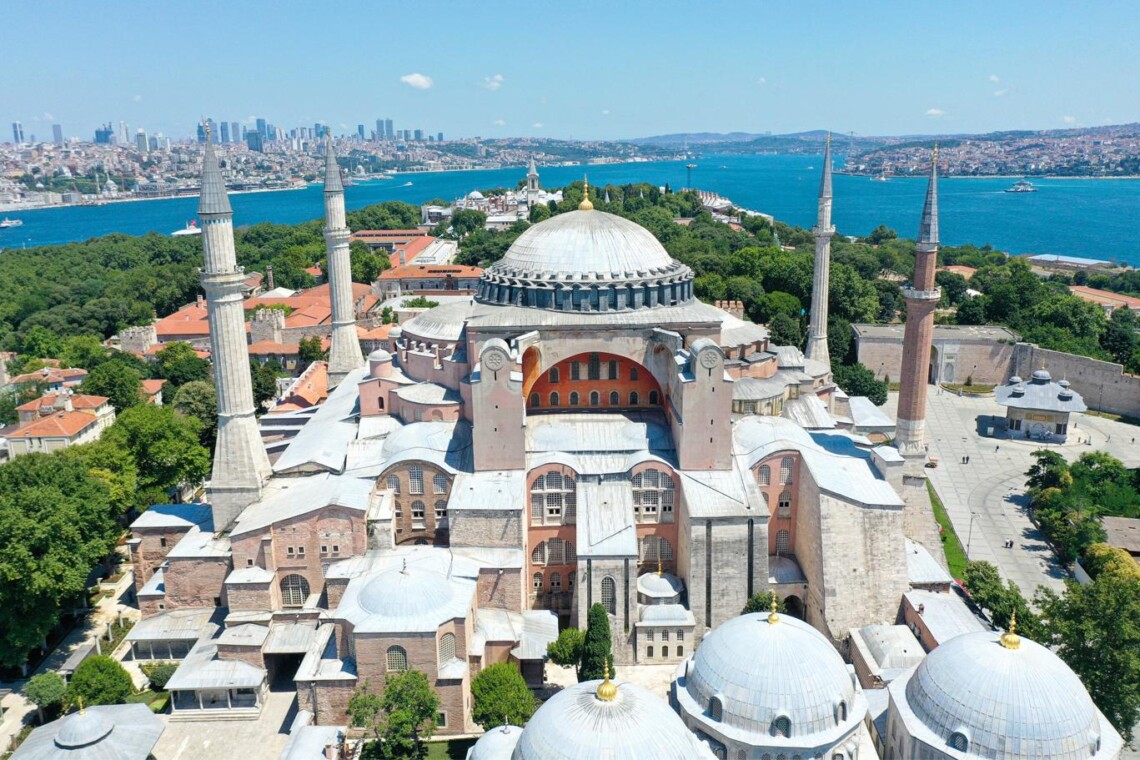 The most visited museum of the mysterious and magical city of Istanbul, the Hagia Sophia Museum (now a mosque) can be considered almost the eighth wonder of the world with its architecture and splendor. It is a unique structure that is really important for the two most populated religions in the world, fascinates the visitors with its size and unique architecture, and reveals the understanding of art of the past times. In this article, we will give information about the Hagia Sophia Museum.

The most important monument of the Magnificent City of Istanbul, which has survived from the Byzantine period to the present, is undoubtedly Hagia Sophia. Hagia Sophia, the work of Emperor Justinianus, who, after the ruler of the Byzantine Empire Constantine, reflected his own magnificence to this great city, rebuilt the structure of the city and left great works in this city, has survived to this day as the most monumental structure in the world for centuries with both its size and magnificence. Thanks to its solid structure and the quality of the materials used, it has managed to reach today despite hundreds of natural disasters and disasters.

In the construction of this unique structure, of course, as in every major event, some legends are widely circulated among the people in this structure. One night, Justinian dreams that his teacher will build him a place of worship that has never been seen before in the world. He asks him to spend all his savings accumulated over the years for this temple. Justinian was very impressed by this dream, and Anthemios and Isidore of Miletus, who were the architects under his command and living in Aydın city of Turkey today (then called Tralles), took with them Isidoreros from Miletus and started to build the Hagia Sophia Church at the beginning of 532 AD. It is said that the construction took an average of six years. According to the information we have obtained, this unique temple was fully opened to use on 27 December 537.

To give information about its architecture and majesty, it was dug about 30 meters down until reaching the underground water. As we mentioned, this foundation, which stretches tens of meters below the ground, reveals how large the structure is.

According to the narratives and stories circulating among the people, the foundation and skeleton of the construction were completely finished, and the dome remained as the last thing to be done. Justinian, who gave the order for the dome to be built, asks some questions about why the construction took so long and could not finish it. It was later understood that the architect of the Hagia Sophia Church disappeared in an incomprehensible way. All cities, towns, all houses are searched, but the architect cannot be found. There is even a claim that an award will be given to the one who finds the architect. When the architect could not be found, Emperor Constantine gathered all the architects in the country and ordered the dome to be completed. However, almost no architect would dare to do so. The building remains unfinished for eighteen years. After eighteen years, the architect is found, and Constantine questions him about why he escaped or disappeared. The architect says that he did not shy away from such a big job, that he waited all these years for the building to sit on the foundation. He states that if this time had not passed, the building would have collapsed while the dome was being completed…

The building is finally completed and opened for use. Hagia Sophia is damaged in earthquakes, but it is repaired each time. The reason why the building was not damaged in natural disasters is undoubtedly that Justinian’s search for quality marble, iron and poles to be used in the construction of Hagia Sophia during his reign, informed and provided letters to the rulers of almost every country.

After the Ottoman Empire’s conquest of Istanbul in the 15th century, Fatih Sultan Mehmet, who entered Hagia Sophia, evaluated this great and magnificent temple as the Selahattin Mosque, which means the place won by war and sword. Referring to the first Friday prayer to be performed, he tells to build a pulpit and mahfel inside, and requests that all figures and pictures bearing the Christian belief in Hagia Sophia be removed.

Mehmet the Conqueror wanted the people he gathered around him, who were considered scientists of the period, to gather information about who and when almost all the buildings in the region were built. He gave orders for all the books inside Hagia Sophia to be translated into Turkish.

All the sultans who came after Mehmet the Conqueror added something to his legacy every day. Over time, Hagia Sophia became what it is today. In fact, according to the rumor, the direction of the work (which direction is not known) shifted by 3-4 meters. It was none other than Mimar Sinan, the unique architect of the Ottoman Empire, who corrected this mistake.

Hagia Sophia Mosque was turned into a museum on November 24, 1934, exactly 11 years after the proclamation of the Republic of Turkey. In line with the decision taken by the Council of State on July 2, 2020, it was removed from the status of a museum and opened to worship again. Parks and Gardens in Istanbul

In this article, we will take a look at the uniquely beautiful parks of Istanbul. In general, the purpose of use of… 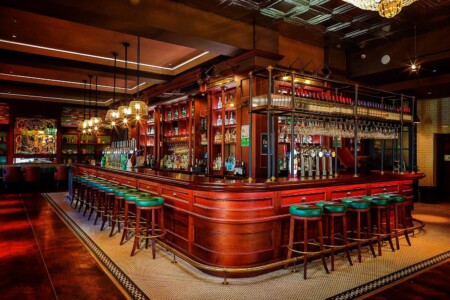 In our informative articles series, we will go to Kadıköy Bars Street with you today. In this list, you will examine the…

Istanbul… The cradle of history and civilizations. Some have nobody, some homeless people. A huge metropolis with millions of streets and avenues….

Parks and Gardens in Istanbul

In this article, we will take... Read More

In our informative articles series, we... Read More

The most visited museum of the... Read More

Please enter your username or email address. You will receive a link to create a new password via email.